Each of these tournaments is unique. There are always great tennis matches that are fun for the participants. CVAC guarantees the tournament will be held regardless of weather. With ten beautifully landscaped outdoor courts (eight are Har-tru clay) and nine permanent indoor courts the tournaments don't stop till the winners are declared! Spectating is encouraged; in fact, the Club boasts one of the best observation balconies in Northeast Ohio. 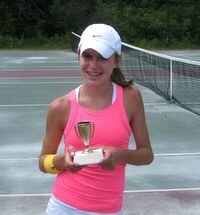 USTA Junior Sanctioned Tournaments
Juniors involved in CVAC's tennis programs are encouraged to participate in our various tournaments. There is a girls, boys and co-ed tournament. Players from all over NE Ohio participate in these exciting events.

Rookie N.E.T. Tournaments
These are non-elimination tournaments that offer un-ranked Juniors the chance to compete with out the fear of being eliminated if they lose. This match play experience includes singles, doubles and some pizza at the break. 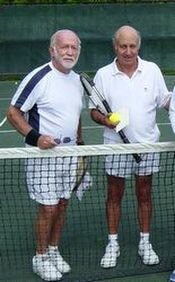 Senior Men's Doubles Invitational
This is the premier Sr. Men's Doubles event in the State. Teams are grouped in age divisions of 90's, 110's, 130's and 150's where combined ages of the partners must be that or more.

CVAC Club Championship
Each year Club members participate in the Club Championship. This event consists of the "best of the best" doubles teams from each level. Men and women competing against one another with the winning divisional team moving on to represent the Club at the annual Cleveland Challenge Tournament in May.

Ladies Cleveland Open
This is a USTA Pro Circuit $10,000 tournament that gives young players the opportunity to earn their first world ranking points. The women who compete are junior and college players who may be  ranked as high as number 250 in the Women’s Tennis Association (WTA) tour world rankings. This is a great opportunity for the Club members and guests to see top professionals.